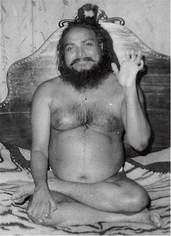 On January 24, 1994, during his 59th birthday celebration, Sri Sri Sri Shivabalayogi Maharaj made a comment while cutting his birthday cake that he would be cutting 45 more. Those devotees who were present and had observed his deteriorating health were relieved and overjoyed at what appeared to be a promise from the guru himself. Thus his mahasamadhi on April 2 of that year completely devastated his devotees around the world. Yet there was also a desperate hope stemming from his messages that if his devotees wanted him and prayed, he would return to them. The atmosphere was filled with tension. Was there going to be another incarnation? Could this be possible? Was Sri Swamiji in yoga nidra (yogic sleep)?

Then, within minutes of leaving his body in Adivarapupeta in Andhra Pradesh, he entered the body of a long-time devotee named M.P. Singh in faraway Agra and started issuing instructions about the correct disposal of his body. Thus his Indian devotees, who could not believe that Sri Swamiji could have uttered an empty promise, had him back in their midst within minutes. But our brothers and sisters in the Western world had to wait until 1998 to experience the full impact of his manifestation in the body of M.P. Singh. 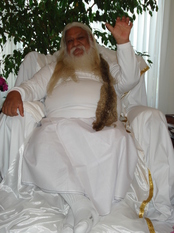 In the early fall of 1998, Sri Shivabalayogi Maharaj, manifested in the body of M.P. Singh, resumed his temporarily interrupted mission in the western hemisphere. He made a stop in London, then proceeded to the U.S. Sri Swamiji had already visited the U. S. in his original form four times from 1988 to 1991. The resumption of his mission now was like a "homecoming" both for him and his devotees.

In 1999, Sri Swamiji returned to the U.S. for a significantly longer visit. First came a 15-day retreat in the Pocono Mountains of Pennsylvania. The three-month tour culminated in Durham, North Carolina, with the blessing by Sri Swamiji of a plot of land a devotee had donated for an ashram. Thus was realized a prophecy made by Sri Swamiji 10 years earlier that his first North American ashram would be in North Carolina at a place surrounded by forests.

During Sri Swamiji's 1998 visit, several new centers were opened. By the conclusion of the 2000 visit, which added Canada to Sri Swamiji's itinerary, his programs were being hosted by many east coast cities, including Toronto, Canada. The 2001 tour was followed by the commencement of one year of tapas by Sri Swamiji.
Contribute to The Shri Shivabalayogi Maharaj Charitable Trust
﻿﻿© 2023 The Shri Shivabalayogi Maharaj Charitable Trust﻿﻿